Carl Hampton: The Cosmology of a Freedom Fighter.

Leo Season Day 3…I revisit history. The Moon is Waning in Gemini, dualities are at play with the sun. The history I revisit….is a piece on many levels. Its a great day for ancestor veneration! This day, (July 23, 2022), the village gathered in Pleasantville and the energy was pleasant indeed. The day vibrated on a 9, the number sacred to Oya energy. It was the birthplace of Freedom Fighter, Community Activist, and Revolutionary Carl Hampton, gunned down at just 21 years of age by a HPD Special Unit from the rooftop of a church.

This day, we honored his bravery, his passion, his love for his people in willingness to lay down his life. The Houston Chapter of the National Black United Front hosted the 52nd Annual Commemoration for Carl Hampton on this day. I was given the honor of performing the opening libation ceremony, calling the names of our ancestors, especially the freedom fighters. It was filled with tributes, tribal dances, and moments to remember where we as a people have been. There was also a poetic tribute from Moi.

My first poem was another libation, to Gil Scott Heron with “The Revolution WIll Not Be Televised.” The second poem was written on the spot, taking its first words the night before. The village witnessed the birth of a brand new poem simply titled “Carl.”

What made this day so special for me was the fact that Carl Hampton was the first ancestor I ever poured a libation for…during my shifting phase from Christian Deacon’s Daughter to Iyalosa. Queen Mother Ayanna Ade was the one who placed the waters to pour in my hand…11 years ago. I want to thank the Houston Chapter of NBUF and The Black Panther People’s Party II Houston Alumni Chapter for the opportunity to serve as both spiritualist and poet in honoring our rich ancestral history. Beam up!

Carl B. Hampton was born in the third decan of Sagittarius season on Friday, December 17th, 1948. His life path number was a spiritual mastery digit of 33/6. The name Carl means “free man” in Norse. He was literally born and sent to fight for freedom. The moon was in Cancer, Carl’s birth in Sagittarius’s third decan made him half Leo. Carl was a civil rights leader and head of the People’s Party II in Houston,TX.

Carl was assassinated on Sunday, July 26, 1970. It was the first decan of Leo season, and the day vibrated on a 5, the number symbolic to the fullness of freedom. Carl was fire, through and through. Fire season in, and fire season out, taken from us in a hail of fire. That fire still blazes in the hearts of those who honor his life, and the city that won’t let his story, nor his mission be forgotten.

I want to thank the Houston Chapter of NBUF and The Black Panther People’s Party II Houston Alumni Chapter for the opportunity to serve as both spiritualist and poet in honoring our rich ancestral history. Beam up! 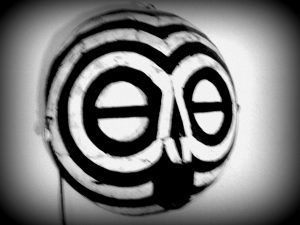